By Sophie Yu and Brenda Goh

Wu estimates that she has spent over 5,000 yuan ($766) in the past three years buying the pieces from Chinese toy seller Pop Mart International Group, amassing a collection of over 80 figurines.

Millions of young Chinese toy lovers like her are behind the popularity of Pop Mart, a Beijing-based company due to list in Hong Kong on Friday after raising $676 million in an initial public offering that priced at the top of its range, valuing the decade-old firm at as much as $7 billion.

Pop Mart’s shares could open as much as 103% higher on Friday from its HK$38.50 offer price when it debuts, according to gray market trading set by Phillip Securities in Hong Kong on Thursday.

The company’s main product is “mystery” toy boxes that each hold a single figurine such as “pool babies” from the elf-like Pucky range, which Wu says are her favorite, or different versions of its best-selling character, the large-eyed, round-faced Molly doll.

The boxes, which cost about $9 each, have been a big hit with China’s millennials. Consumers born after 1995 spend more on mystery toys than any other hobby, including fancy shoes and esports, according to a report last year by Alibaba-backed online shopping platform Tmall.

Pop Mart, the market leader, more than tripled its revenues last year to 1.68 billion yuan ($256.8 million), according to its prospectus.

The IPO drew strong interest from investors, with the retail offer 356 times oversubscribed.

“The company operates in a niche and doesn’t really have any listed comparables in the region,” said Aequitas Research partner Sumeet Singh, who publishes on the Smartkarma research platform. “In addition, it is continuing to expand its network which will continue to aid growth.”

Pop Mart and its advisors were so confident the deal would be popular that it elected not to take cornerstone shareholders which are common in Hong Kong IPOs.

“I think consumer concepts will be a new focus in the market,” said a banker with direct knowledge of the matter who declined to be named as he was not authorized to speak to media. “In China, consumption is the growth engine of the economy.”

Pop Mart’s listing will make its 33-year-old founder Wang Ning, who holds a 56% share in the firm, a billionaire. Pop Mart did not respond to requests for an interview.

Mystery toy boxes are not new and trace their origins to Japan’s vending machine capsule models, Gashapon, a cash cow for the likes of toy maker Bandai. But Pop Mart has taken the trend to new heights, teaming up with artists to design new figurines and build up a pool of trademarks.

The company now distributes its products in 21 countries outside China. ​Its customers – mostly aged 18 to 35 – are 75% female, the prospectus said.

A key attraction for shoppers who buy the toys ​either online, from Pop Mart’s 136 mainland China stores,​ or 1,001 vending machines, is the surprise element: They do not know which exact ​figurine they get until they open the box.

Some have become lucrative collectibles. Wang Di, a 19-year-old university student with more than 100 figurines, said she recently sold a rare Labubu – a rabbit-like creature with monster’s teeth – for over 700 yuan, more than 10 times what she paid for it.

But other fans say they just love the toys for themselves.

“Working pressure is huge for young people, and when I see these beautiful figurines on my desk, I’m cheered up. Some people prefer fresh flowers on their desk, and they are flowers for me,” said Wu.

(Reporting by Sophie Yu in Beijing and Brenda Goh in Shanghai; Additional Reporting by Scott Murdoch in Hong Kong; Editing by Richard Pullin and Mark Potter)

This $18.4 Million London Mansion Is Where H.G. Wells Hunkered Down During World War II

Tue Dec 15 , 2020
His visionary mind came up with such futuristic page-turners as War of the Worlds, The Invisible Man and The Time Machine. But when Herbert George Wells wasn’t gazing into the future, he was likely gazing out the windows of his beloved London mansion at the million-dollar views of leafy Regent’s […] 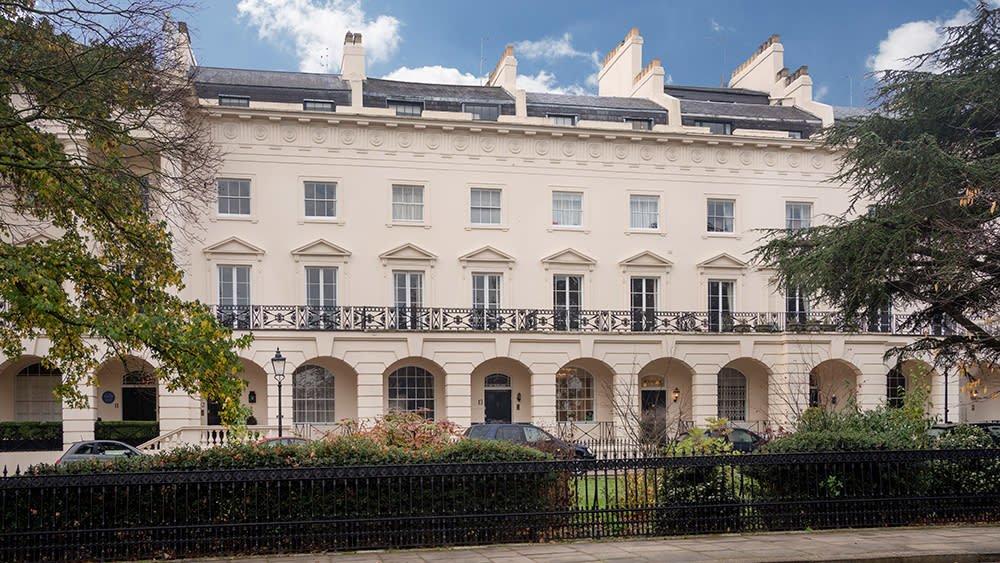