Built in 1960 and renovated over the decades, the home initially came on the market in 2018, with an asking price of $2.8 million. But the home sat on the market for years and the price continued to drop, until a last discount to $2,225,000 million last fall.

That price appeared to be in the right range for the singer, who pounced on the place.

The four-bedroom gem measures 2,404 square feet and is set in the hills between two parks.

Concrete stairs lead up to the double-door entry and decorative designs on the exterior. A private drive with a wood-clad garage leads to the front of the house, which is perched on a hill. Surrounded by thick landscaping, the greenery provides plenty of privacy.

The snazzy kitchen with high-end appliances includes contrasting white and dark oak cabinets, white quartz counters, and a mod curved island with seating.  The kitchen looks out to dining area with walls of glass. The floor plan also includes a wine cellar and laundry in the garage.

Born and raised in L.A., the rapper Amala Ratna Zandile Dlamini, who is known professionally as Doja Cat, sprang to internet fame with her quirky video “Mooo.”

Her album “Hot Pink” climbed to the Top 10 of the U.S. Billboard 200. And her single “Say So” topped the Billboard Hot 100. She has collaborated with superstars Ariana Grande and Megan Thee Stallion, and received three Grammy Award nominations. Now, Doja Cat can curl up in her new pad.

Wed Mar 24 , 2021
Brilliant design takes many forms, from simple to complex, small to large, and minimalistic to extravagant. In the case of Brette Haus tiny homes, exceptional design lands in the small and minimalistic realms while also providing portability, comfort, and sustainability. A portable off-grid Brette Haus Tiny Home rests on the […] 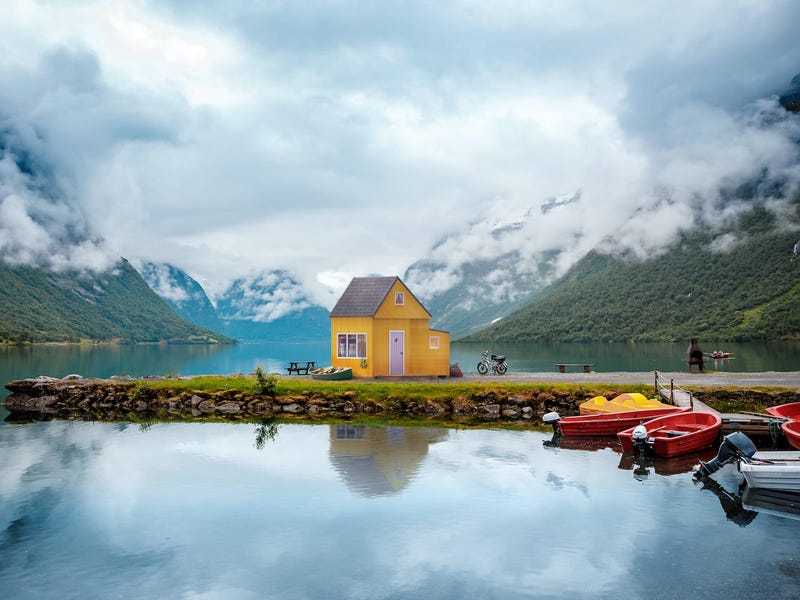