A young entrepreneur who runs a fashion business from his nana’s spare bedroom in Ashton-under-Lyne has opened up about his inspiring journey. It took a few years for independent streetwear brand SnowyOwl to take off as owner David Jamie Delaney battled through a dark time with depression and insomnia.

But he never gave up on his vision. The 25-year-old worked 70-plus hours a week in ‘meaningless’ warehouse jobs in order to save up cash whilst completing his degree – which took two years longer for him to finish than his peers due to his mental health.

He also spent months on Universal Credit when he ended up out of work. Now five years later, customers are buying his designs across the US, Sweden, and even Japan.

“When I was ill, the brand was the only thing that would get me out of bed in the morning,” David, who goes by the nickname of DJ, said. Manchester seems to be known for fast fashion but I wanted to build myself a brand like the next Ralph Lauren.”

DJ first conceived SnowyOwl back in 2016. The name for the e-commerce venture was inspired by vegan DJ’s love for animals, and the chiller temperatures up North.

He was still at university when he set up the company with business partner Madej. But it wasn’t until 2019, after DJ had graduated, that they received their first sale.

“I felt really unsatisfied with my degree, it felt like a waste of time,” DJ, who began studying sport coaching and development at Bolton University in 2014, said.

“As a student, I had no money, and I was suffering from insomnia massively, which led to really bad anxiety and depression.

“I had suicidal thoughts on a daily basis. I couldn’t physically sleep.

“With mental health and depression, I don’t think it’s just one day and you’re cured. It’s an ongoing thing. But I think you need to have short-term and long-term goals to keep you motivated”.

DJ’s mum died when he was a child after she suffered from a stroke and he was raised between his nan, Rita Murphy, 82, and his dad.

To fund his dream of working in fashion, he worked various night jobs whilst completing his degree part-time from 2017 to 2019, including bar work and at Music Magpie’s warehouse in Hazel Grove.

After being made redundant he found himself on benefits, before finding a job working night shifts at McDonald’s.

Eager to change his life as he juggled work with his degree, DJ attempted to get a business loan under the ‘New Enterprise Allowance’ scheme with the jobcentre. But despite his business plan being praised, he was declined due to his credit score, he says.

“A lot of people asked me why I was still doing it [the business]. I couldn’t afford it, but when I was doing these meaningless jobs I was thinking ‘I won’t be doing this one day, I’ll be doing what I want to do’,” DJ added. “It’s my passion and my dream.”

DJ finally accumulated enough savings to launch the first collection in 2019, and when they launched beanies a year later, sales doubled. “In early 2020 the brand caught fire,” DJ said. “We had our best Black Friday and Christmas ever in 2021, tripling our sales.

“They have continued to slowly grow, and we have even spread our wings a little with happy customers from Ireland, USA, Germany, Australia, and Sweden. A customer in Japan made a TikTok of us, which was bizarre.”

The small business owner still works full time in retail whilst managing his brand, which involves sorting orders, picking up samples, modelling, and building the social media accounts. His nan, who he lives with, has been a huge support.

“I never get a day off, which is really bad. I’ve literally destroyed every friendship, relationship, it’s not even funny but you have to laugh,” he said, laughing.

“People know I’m busy all the time. It is stressful, but rewarding at the same time. I’ve just got to keep the goal in the back of my mind as it won’t last forever.

“My nan models for me, she’s always wearing the product. She tries flogging my beanies to the window cleaners.”

DJ prides himself on the brand being made in Manchester. He shipped cotton from Belgium and had designs printed here, but, because of rising costs and Brexit, he’s having to make other plans.

“Like everyone else, I’m having to now get the product made in China. Everything has gone through the roof,” he added. “It was all organic cotton, made in the UK, but we can’t sustain that. It won’t ever be fast fashion though.

“We started socks recently, so we’re dressing customers head to toe, and I think the next step for us would be to do proper parkers and get into stores. We print it on our products saying ‘created in Manchester’. It’s what we’re known for. Manchester has always had cool brands, I’d like to be in that category.”

READ MORE: ‘As the only woman on a building site I was mistaken for the receptionist – now I run my own construction company’

Tue Mar 22 , 2022
[ad_1] Navigating the earth of new construction can seem to be mind-boggling. Mountain America Credit rating Union (MACU) can help you make a decision which form of development loan will most effective match your circumstance. Brittani from MACU joined us with more about loans that you can use to create […] 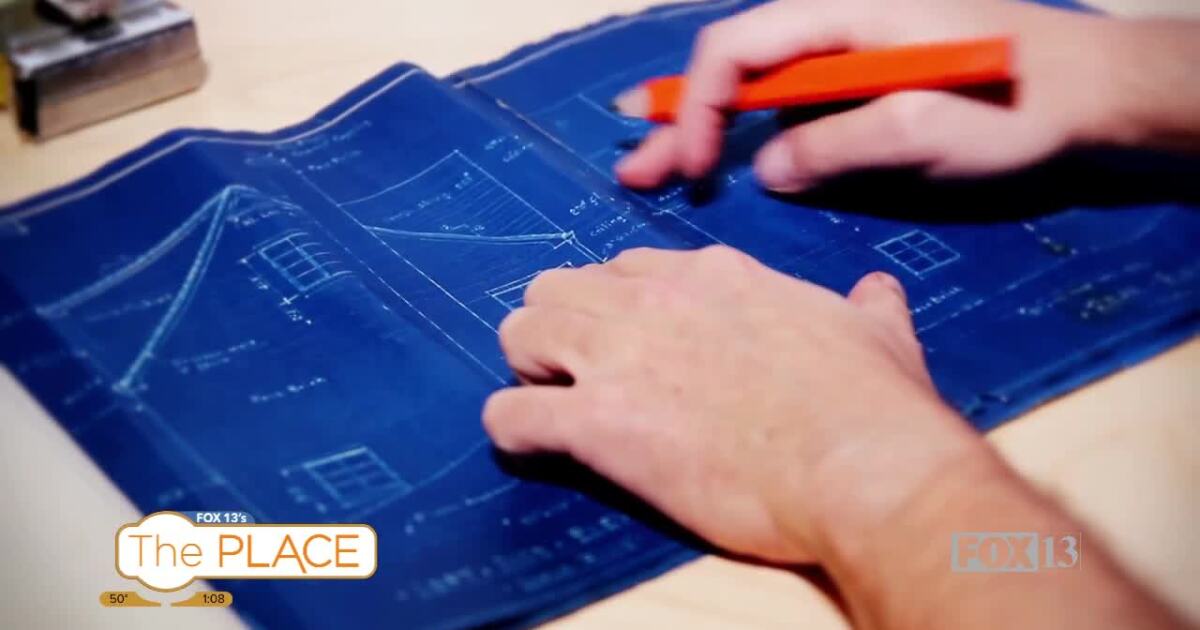