Fresh off her second “Rock the Block” challenge win, Alison Victoria headed down to the basement to keep the winning momentum going for week four of the HGTV series Monday night, but she struggled to add the wow factor of her previous designs.

Going into Monday night, Victoria and her designer partner Mike Holmes had already won two of the three challenges so far: kitchen, main bedroom and bathroom. The pair’s “wood wall” treatment on last week’s episode impressed the judges, but it was the ombre tile in the bathroom and the massive closet that won over judges Egypt Sherrod from “Property Virgins” and husband Mike Jackson. Last week’s victory by Victoria and Holmes left a bad taste in competitor Mika Kleinschmidt’s mouth: she told the judges she thought they were wrong.

This week, the design teams (in addition to Victoria and Holmes) — Nate Berkus and Jeremiah Brent of “Nate and Jeremiah: Save My House;” David Bromstad of “My Lottery Dream Home” and Tiffany Brooks from the upcoming show “50K Three Ways;” and Brian and Mika Kleinschmidt of “100 Day Dream Home” — tackled the basement. Tamara Day of “Bargain Mansions” was this week’s judge.

In her basement, Victoria designed a luxurious wine bar and home theater. Another room became a bedroom with a walk-in closet with a full bathroom nearby, while the final room was transformed into an office.

“I think that even though David and Tiffany won that challenge,” Victoria said, referring to the series’ second episode in which competitors David Bromstad and Tiffany Brooks added a bedroom to the main level, “that the bedroom down here makes more sense value-wise than on the first floor.”

“If we can get another win this week, there is no question in my mind that we wouldn’t win the entire competition,” Victoria said.

This week’s surprise design challenge called for each team to incorporate one heavy metal item (from a dumpster dive) — tin roofs, street signs, pipes — into the basement design “in a meaningful way,” host Ty Pennington explained.

Meanwhile in the other homes, Berkus and Brent reworked the basement into a rental unit for extra income. Brooks and Bromstad painted their entire basement a light pink blush. Tired of playing it safe, the Kleinschmidts installed a bowling alley in their basement because that’s what every home needs?

Judgment day arrived, and the first thing Day noticed in Victoria and Holmes’ basement was the barn doors to the office, which Victoria suggested could also be a home gym. As the designers and Day moved into the main entertaining space, there was simply not much wow. The theater turned out to be a regular sitting space, and the wine bar never materialized. Bright spot: in a corner was the table lamp Holmes designed from pipe recovered from the dumpster dive. The only luxury addition that survived was the walk-in closet in the bedroom.

While Day was impressed, her only complaint for the basement design was the choice of carpet over hardwood floors because, as she put it, her four children trashed the carpet in her basement.

“If the only negative is that we have carpet over hardwood, I’ll take it,” Holmes said.

In the end though, the design team that truly created versatility (and plenty of wow) in the space ended up being Berkus and Brent, who won the challenge. Their rental unit design floored Day, and with the help of a strategically placed Murphy bed, they added not one, but two bedrooms to the basement.

The top entertainment stories, features and must-read reviews, sent to you weekly.

Wed Apr 7 , 2021
After all this time being stuck indoors, you might be starting to feel tired/bored of the look and feel of your home. Who can blame you? The familiarity of the space, coupled with the work from home routine, can be mentally draining. Luckily, there is something you can do about […] 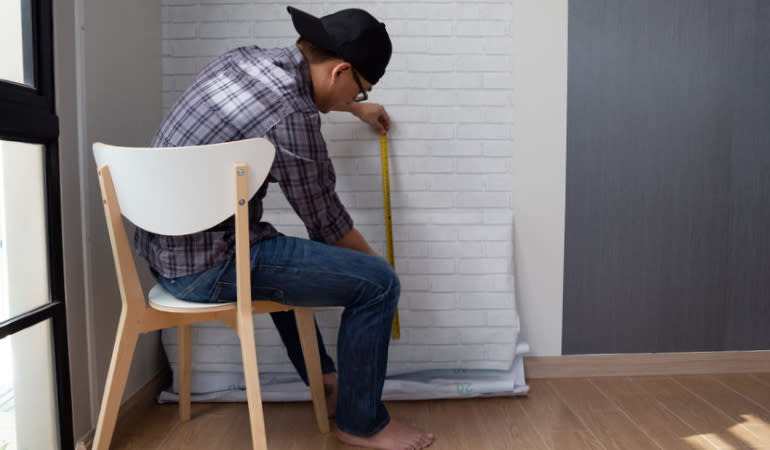