Automotive design has been transformed over the past 100 years. Body shapes are smoother, more refined, and vehicles are bigger all round, but there are some general design cues that still hold up. But what about vehicles like motorcycles, how is the electric revolution likely to change how our motorized two-wheeled vehicles look?

Firstly, let’s take a look at a few iconic examples from years gone by to see how things “used to be.” More specifically, let’s look at a fast bike, an adventure bike, and a “comfortable” bike.

First up, is one of the most well-known motorbikes. With a top speed of up to 176 mph, it’s also one of the fastest: the Kawasaki ZX-11, aka the Ninja. From 1990 to 2001, this bike ruled the Car Accident Lawyer in West Palm Beach roads and bedroom walls of aspiring bikers around the globe. When I was a kid, I didn’t know much about bikes, but I knew the Ninja.

Alongside its aggressive, aerodynamically influenced styling, its fully fared body was emblazoned with decals that just scream 1990s. It was one of the many bikes that used body panels to cover up engine components to give a far more integrated car-like look. All things considered, this bike is quite fashionable again now, and if it wasn’t for its raucous exhaust note it could easily be a modern electric design.

In recent years, the Ninja has dropped some bodywork and now is a little more “naked.” It puts its center piece of an engine on display for all to see.

At the opposite end of the sport to tourer bike spectrum sits the Honda Gold Wing. Speaking from personal experience, I don’t seem to see as many of these as I did when I was a youngster. Back in the 90s they were very popular with long distance tourers who valued comfort over speed. As such, these bikes had huge, armchair-like  seats, laid back positions for the driver, tonnes of luggage space, and even a radio in some cases.

The Society of Japanese Automotive Engineers included the Gold Wing in its list of landmark Japanese automotive achievements. The Gold Wing represented a very different approach to bike design compared to high-speed sports bikes. It had huge front fairings to keep the wind off passengers and integrated panniers for clean lines and luggage capacity.

The Gold Wing still kept some of its engine components on show, though. The exhaust, radiator, and intakes are all clearly visible, but cleanly integrated.

Despite the less than catchy name, the BMW R1150GS is a well respected off-road adventure bike. It first caught my eye when it was used by actors and friends Ewan McGregor and Charley Boorman to motorbike around the world.

Despite a few hiccups, the bikes ultimately proved to be reliable and literally capable of traversing the entire globe. From a stylistic point of view though, the R1150GS sits somewhere between the Gold Wing and the Ninja. It has an undeniable sportiness and agility in its styling, but it still borrows some elements of comfort, like big seats and luggage capacity, more easily seen on the Gold Wing.

Naturally, because it’s an off-road bike, it has tonnes of suspension travel, clearance for knobbly tires, and crash guards around the engine. It’s also worth noting how exposed the engine and its inner workings are. For a bike that will likely live a hard life, it makes it far easier to work on, but also adds to its rugged and minimalist aesthetic.

Like car design, motorbike design is influenced by and spans a wide range of applications. Bikers will continue to ride both on and off-road, so we’ll continue to see a similar breadth of design in the future. However, given that transport all seems to be going electric, how will bikes look tomorrow, next year, in 10 years?

From motorcycle’s of now to the future

We’re already getting a snapshot into how bikes of the future might look, with stalwart brands like Harley-Davidson, Vespa, and Ducati offering or working on electrically-powered motorcycles. The shift to electric power has also opened the market for new companies to enter the fray. Much like Tesla did in the car world, Zero motorbikes is an electric only vehicle company specializing in two-wheeled transport.

Observing the electric motorbikes of today, we can see that they very much follow historic design cues that were embedded in bikes like the Ninja, Gold Wing, and R1150GS.

Despite not requiring fuel tanks, their body work still appears designed to accommodate one. Elements of the motor and battery components are still exposed, however, with the lack of exhaust the transition from the front to the back of electric bikes is a little cleaner.

Electric motors and batteries still need to be cooled, so it’s common to see radiators or heat sinks exposed on the outside of bikes. In some cases, like on Harley’s LiveWire, it leaves the orange high-power electrical connectors exposed for the world to see, which is a more modern design cue.

Zero, the electric motorcycle startup founded Neal Saiki, a former NASA engineer, follows many classic motorbike design cues too, using fairings and bodywork to obscure the powertrain. However, in Zero’s case, it leaves its power unit quite exposed to reveal a total lack of gaskets, exhaust, and other engine components.

It seems we’re yet to depart from accepted design standards and move to more futuristic unique designs. Perhaps this isn’t surprising when we consider Tesla’s success and the fact that its vehicles follow a very conventional automotive design language, on the surface at least.

So what about the future? What could motorbikes look like someday?

Ultimately designs won’t change too much. I mean, if they depart too far from convention, they won’t be motorbikes anymore. But this artist rendering of a BMW-branded Ural-influenced bike got me thinking how far it might go. For the non-bikers, Ural is a motorbike maker known for its sidecar two-wheelers, equipped for off-road adventure.

Despite a number of clear design throwbacks to post-war BMW Motorrad and Ural bikes, it also looks decidedly futuristic. Its designer has called it the “BMW motorrad x ESMC” in homage to the German automaker’s Motorrad vehicles and El Solitaro MC, a motorcycle custom shop and lifestyle brand.

The bike’s components, from handlebars to accessories, are far more integrated and low-profile than contemporary machines. The bike is certainly more angular, too. What’s interesting is that the drive train is imagined to be completely enclosed. Unlike the Ninja’s or electric Harley’s, nothing is on show. Perhaps in the future, as batteries become more flexible, not an inch of space will be spared.

It’s also impossible to miss its sidecar style add-on. The bike’s designer, Spaniard Iago Valiño, says that this could be used for extra power (think of it like a range extending battery pack) because of course it’s an electric bike. It could also be used to store tools, food, and anything else you might need when you go on adventures in the future.

There’s also a decidedly futuristic application of LEDs lights on the front, rear, and sidecar of the bike. It’s somewhat reminiscent of what Rivian is doing with its single light bar on the front of its electric SUVs.

The bike also features a single swing-arm for the rear derailleur. A design cue made popular by Italian sport bike makers like Ducati. It gives an undeniably clean and uncluttered look, which seems to be a bit of a theme here.

Compare this to the BMW 1150GS Motorrad we looked at earlier. This artist concept is decidedly cleaner and more integrated compared to conventional bikes, but still totally believable as a bike that could be made in the next five to 10 years. Given its inspiration is drawn from post-war motorbikes it’s undeiably retro-futurist in its aesthetic. A clever blend of the old and the new.

With simpler drivetrains, fewer mechanical parts, and no exhaust noise to speak of, there will be less incentive for designers to “show off” the bits that make bikes work in the way they have historically.

However, motorbikes might continue to look quite like motorbikes for a while to come. It’s admittedly quite challenging to radically change what is already a simple design concept of: two wheels, an engine, and place for a rider.

We won’t see groups of bikers standing round swooning to exhaust notes or ogling radiators and manifolds anymore. But as motorbikes undoubtedly shift to electric power, they will begin to touch our senses in new and exciting ways.

Follow Iago Valiño’s work on Behance, he’s a seriously talented designer with a focus on transportation and mobility tech.

Read our daily coverage on how the tech industry is responding to the coronavirus and subscribe to our weekly newsletter Coronavirus in Context.

For tips and tricks on working remotely, check out our Growth Quarters articles here or follow us on Twitter.

Fri Jun 5 , 2020
Homewares sales are the best time to invest in bigger items like sofas and wardrobes that you may have had your eye on. A bigger price tag often means a bigger saving, so you can expect to find products with hundreds of pounds off in the summer sales. Many shops […] 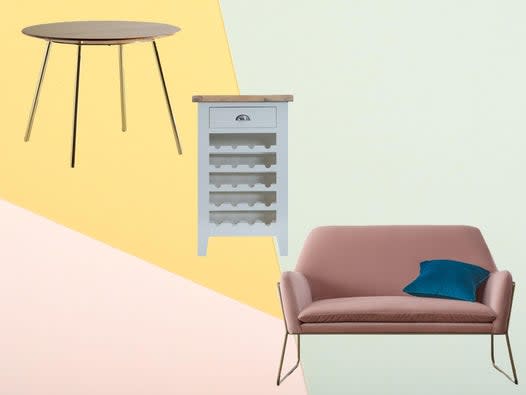