While there may be some trepidation about what it will feel like to stay in a hotel – grand or otherwise – post-pandemic, there is also a palpable excitement that finally, for the first time, we can actually consider doing so. Because nothing beats a few nights in a really good one, where you feel welcomed, cared for, and cosseted, in an unapologetically no-strings-attached way.

This can’t have escaped Liz Hurley’s ex, Steve Bing, the enigmatic multi-millionaire real estate tycoon, film-maker and political donor who fell to his death from his 27th floor apartment in Century City, Los Angeles earlier this week. Famously commitment-shy, Bing checked into the Hotel Bel-Air for a night in the early 1990s and stayed for nine years.

Grace Kelly had already paved the way for ‘living in’ at the Bel-Air, checking in for extended periods on numerous occasions, most notably when filming Country Girl in 1954, for which she went on to win Best Actress at the Academy Awards.

Elizabeth Taylor also lived there for a few months during her short, tempestuous marriage to Conrad ‘Nicky’ Hilton, husband number one of seven, who was the hotel’s manager at the time.

The thing about good hotels is that they take you ‘warts and all’, put up with your foibles and don’t expect you to do the washing up. You can be as dysfunctional as you like and leave puddles of clothes on the floor.

Both Howard Hughes and Marilyn Monroe lived at the Beverly Hills Hotel on Sunset Boulevard. Hughes dug in for so long, all the tyres of his Cadillac went flat and weeds started growing out of them. Eventually it was towed away.

In his quest to be left alone, he got roast beef sandwiches delivered to the nook of a tree near his room. Eventually, he bought the Desert Inn in Las Vegas, moved into the penthouse and didn’t leave the building for four years.

Cole Porter had a six-bedroom apartment at the Waldorf Astoria in New York for 25 years, with a Steinway piano in it on which he composed Anything Goes and I get a kick out of you.

After having his leg amputated in 1958 (as a result of a horse-riding accident, followed by decades of unsuccessful surgery), he spent the last six years of his life living reclusively at the hotel.

Others, like First Lady of Broadway, Elaine Stritch, were determined to stay in the limelight. During the 11 years she lived at The Carlyle in Manhattan (she moved out in 2013 aged 88, the year before she died), she would often perform downstairs at its jazz and cabaret club Café Carlyle.

Coco Chanel moved into the Ritz in Paris in the early 1930s, despite having a perfectly good and very glamorous apartment of her own, above her shop across the street in Rue Cambon. But she preferred to stay in Room 302 at the hotel which she did for 34 years, sketching away, pinning her designs to the walls and using the staff entrance to come and go.

When Oscar Wilde lived at Hotel d’Alsace (now L’Hotel) in Paris, which he did on and off for two years until his death there in 1900, he’d skulk down for breakfast just before lunch each day, bemoaning his room (“My wallpaper and I are fighting a duel to the death – one or other of us has to go”).

Robert De Niro is someone who really ‘gets’ hotels and what makes a stay in one work, a sense honed over many years of checking into the best and living for two at the Chateau Marmont, one of LA’s most exclusive homes-from-home.

He then took that knowledge and opened the gorgeous Greenwich Hotel in TriBeCa back in 2008 and is now a part investor in the Nobu hotel group.

Diane von Furstenberg may be mainly based in New York and LA but she calls Claridge’s her London home; she says it’s her ‘favourite hotel in the world’. In the past she has revamped its suites and two years ago designed the most amazing Christmas tree for the lobby, an honour bestowed on a different world-renowned designer each year.

As it happens, the late hell-raising Irish actor Richard Harris outdid Oscar Wilde for a late breakfast during his 15 years living at the Savoy, usually rising sometime in the early afternoon.

Harris was also prone to rages, once flinging a bowl of porridge across the River Room when he deemed it not quite up to scratch.

Never one to leave anywhere quietly, even when dying, the evening Harris was carted off to hospital on a stretcher in 2002, he exclaimed loudly to the finely dressed diners arriving for dinner: “It was the food”.

Less well known was how he liked to prop up the bar with off-duty hotel staff at the Coal Hole pub next door and enjoyed nothing more than to crash the staff Christmas party in his turquoise leisure suit.

Sign up for the Telegraph Luxury newsletter  for your weekly dose of exquisite taste and expert opinion.

37 Clever Items That Will Open Up Your Small Space

Wed Jul 1 , 2020
Living the small space lifestyle is an ongoing battle of trying to do more with the less. Sometimes, after an exhaustive search, we strike the furniture jackpot with a piece that epitomizes our spacial, stylistic, and budgetary trifecta. But just because these home buys are a rarity, doesn’t mean that […] 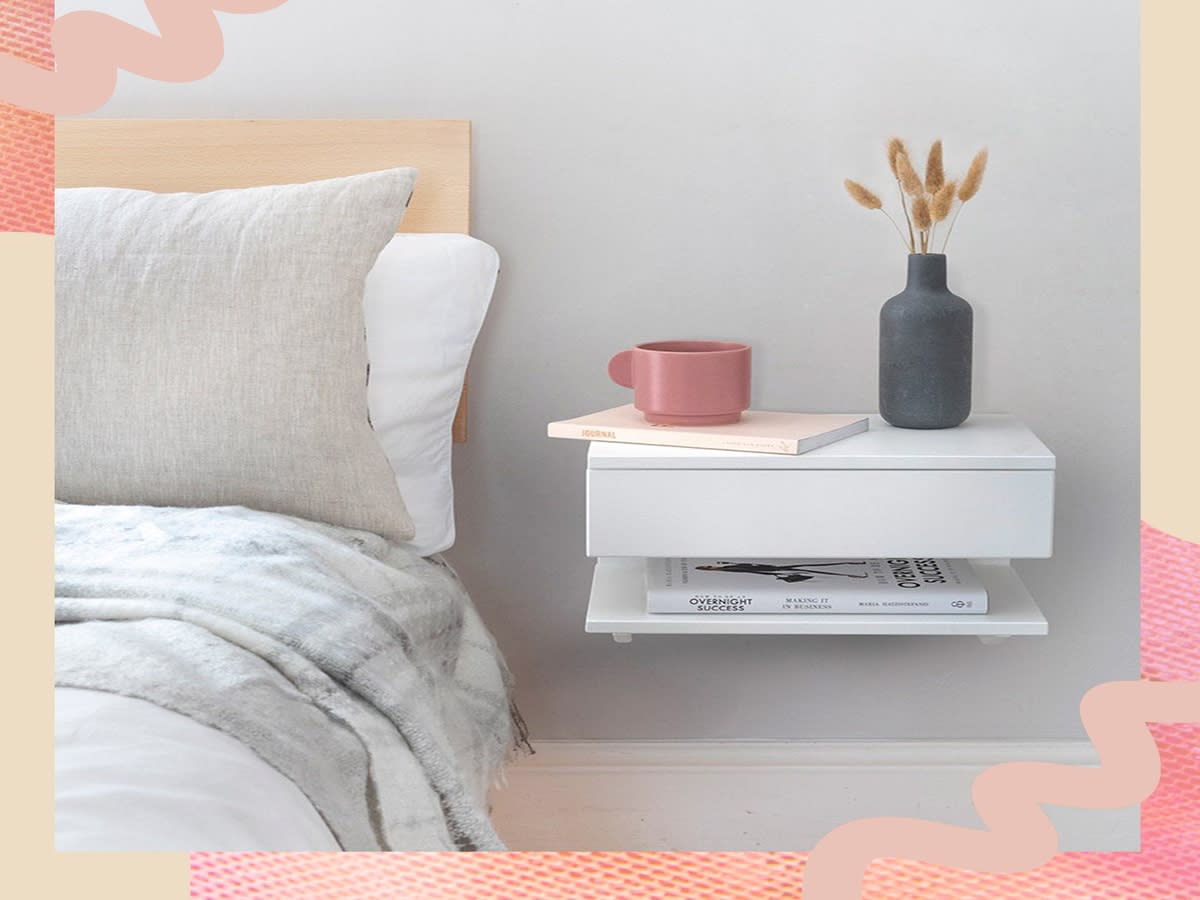